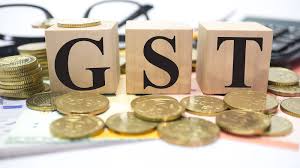 GST Will Make 70 Per Cent Of All Goods And Some Consumer Durables Cheaper !


Under the proposed goods and services tax (GST) regime some goods such as cosmetics, shaving creams, shampoo, toothpaste, soap, plastics, paints and quite a few consumer products could become cheaper. It is likely that these products will be subject to the slab of 18 per cent rather than the higher one of 28 per cent.
India is likely to rely on the effective tax rate currently applicable on a commodity to get a fix on the GST slab, allowing most goods to make it to the lower bracket, a government official told Economic Times.
For instance, if an item comes within the 12 per cent excise slab but the effective tax is 8 per cent due to reductions, then the latter will be considered for GST fitment.
Going by this formula, about 70 per cent of all goods could fall in the 18 per cent bracket.
The GST Council has finalized a four-tier tax structure of 5 per cent, 12 per cent, 18 per cent and 28 per cent but has left room for the highest slab to be clinched at 40 per cent.
A final call on the fitment is expected to be taken by committee of officials at its next meeting on 18-19 May.
GST, India’s biggest tax reform in decades, is expected to be effective from 1 July 2017.