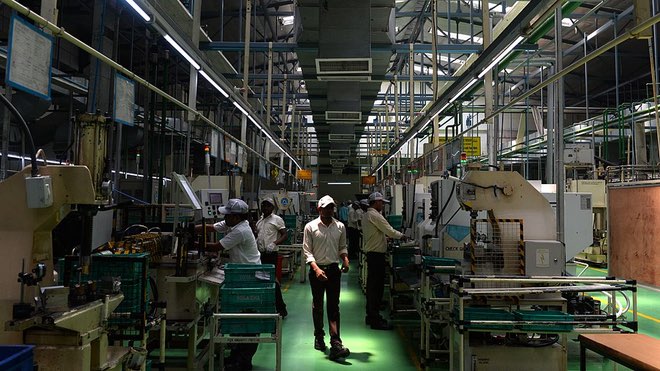 
India’s gross domestic product (GDP) growth rate registered a healthy 7 per cent during the demonetization period from October to December last year.
GDP growth rate during 2016-17 is estimated at 7.1 per cent, reported ANI, which is a 0.8 per cent fall from the 7.9 per cent figure from 2015-16.
Economic Affairs Secretary Shaktikanta Das said the Indian economy held its own despite the negative projections.
Several predictions emerged in the wake of demonetisation. While Goldman Sachs predicted GDP growth to fall by 1.1 per cent, Care Ratings estimated a drop of 0.3-0.5 per cent. The Centre for Monitoring Indian Economy even had a precise figure for economic loss.