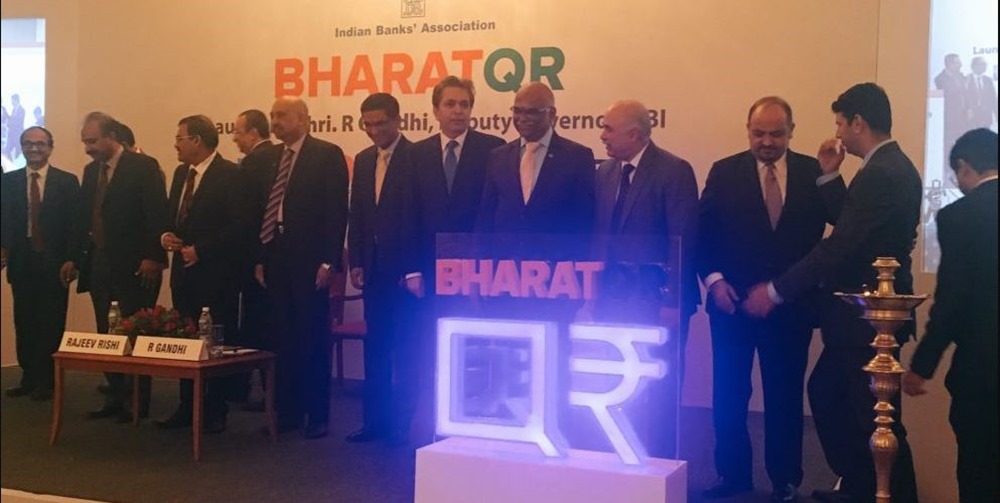 
Bharat QR Code:
The Indian government has been making a big push for digital payments since demonetization of old currency notes. In a move to promote Digital India initiative and encourage cashless payments, the government has introduced Unified Payments Interface (UPI) for smartphones, and Unstructured Supplementary Service Data (USSD) based mobile banking for basic and feature phones. The government has also introduced Bharat Interface for Money (BHIM) app, which is a unified UPI app, and Aadhaar Pay that enables you to make cashless money using Aadhaar card and your fingerprint for biometric authentication. Now, to further ease the payments process, government has introduced Bharat QR Code for cashless electronics payments.
Over the past few years, a lot of people have moved on from making cash based payments to cashless payments using credit and debit cards. However, this mode of electronic payment for cashless transactions has strings attached in terms of transaction fees and the cost of owning and running the card swipe machines. With Bharat QR Code, the government has taken yet another step to promote digital payments by simplifying things for merchants and also for the consumers. Let’s dive in a little deeper to understand what is Bharat QR Code all about, how it works and what are the benefits. A look at current QR Code-based payments
The QR code-based payments are accepted by most merchants across India, but they are largely closed systems. Visa is a pioneer in QR Code payments and it has already launched mVisa in India a year-and-a-half ago. Last year, DTH operator TataSky had partnered with Visa to allow and accept QR code-based payments from its subscribers. In fact, mVisa is the widely accepted payment option across the globe.
In November 2016, MasterCard launched its ‘Master-pass QR service’ in partnership with Ratnakar Bank’s Ongo payment wallet. RuPay was also expected to come up with its QR code-based solution, but there is no word as yet. Since demonetization, e-wallet apps such as Paytm, Free-charge and Mobikwik, among others have also seen a surge in usage. While these wallet apps also allow QR code-based payments, both parties need to have the app.
For instance, if you are transferring money using Paytm, the recipient needs to have Paytm account and app installed in their smartphone. However, there is no unified solution for the same. Meaning, I won’t be able to transfer money from Paytm wallet to a recipient using Freecharge or MobiKwik. This is where Bharat QR Code will greatly help